I’ve been invited to give a reading as part of the CLE author editor tour. Haven’t decided yet what piece to read.

featuring from The Stinging Fly Press

Discovery of a Writer

I came across this article on the salt publishing website. It’s by an experienced literary agent, Luigi Bonomi.
The style is jaunty, familiar, nudging – like a tabloid columnist. It’s addressed to the wannabe writer:

Hold, stop right there. Real writers don’t think their books will suddenly earn a fortune. Enough of the patronising tone.
But it gets worse.

Now here comes the important bit ­ you will be solely judged on what you have written in your covering letter and on your first page.

I can’t believe he wrote this. In moments of disillusionment, I’m sure most writers think that agents spend more attention on the cover letter than they do on the manuscript. But it’s a cold shock to see it stated here with a perverse kind of pride. In the cover ketter, Luigi continues, you should take pain to avoid any suggestion of “Difficult Author syndrome”. Hmm. Do I sound like I might be suffering from “Difficult Author syndrome”?

The cover letter should say

what you are currently doing with your life apart from writing, and how far you have got with the novel

I had always thought you had to submit a complete novel. I mean, what agent would begin to work with an author who hasn’t even finished the work? Or what kind of writer would submit a novel he/she had only started?

If it’s good ­ the novel will be put aside and read more carefully later in the week. If not, it’s sent straight back ­ with nothing else having been read except for the first page!

He makes clear that he’s only talking about the slush pile here. But I’m genuinely confused. What books/writers are not on the slush pile and how did they get there?

you have on average around 60 seconds to impress an agent with your covering letter and first page. ONLY 60 SECONDS.

I don’t know any writer who would claim to be able to make a judgement on a novel within 60 seconds. Nor any editor. But you split that amount of time between the novel and the cover letter! This is just beyond any speedy gonzales jokes. If you were a professional working for a company and admitted to making crucial decisions in 60 seconds you would have your sorry ass kicked out the door.

And yet there are brilliant authors out there waiting to be discovered. We know there are − this year a police constable sent us his first novel and it went for £800,000.

– Even a policeman can become a writer, is that what you’re saying?
I won’t be sending you my manuscript any time soon, Luigi. No sane non-celebrity would send you his/her work. You will miss the opportunity to discover me, another “unknown”. But I have discovered you – to be a dickhead. It took me longer than 60 seconds – but that’s because I took the time to read what you had written. And I took the time to look at your website, and analyse what kind of writers you take on, and what might have been on their cover letter that attracted your attention.

These are the jobs of the very first 6 fiction authors on the LBA’s list:

I gave up then and never got as far as the policeman. This kind of bullshit-sniffing just makes me feel dirty and degraded. Before I go I’ll take the opportunity to call you ‘ arrogant dickhead’ again Luigi. With your 60 second attention span you won’t read this far. Oh, and if you ever give a talk entitled “How to become a writer” I’m gonna throw a scoop of horse poo at you. Courtesy of Smithfield horse market.

Sue me. It’ll make me famous and then I can sell a book.

A child of eleven can understand it. It goes like this:

There is no truth outside what people decide is true. People vie against each other in argument, and the consenus that emerges is what we call the truth.

If you yourself are involved in the debate, then it is accepted you will appeal to “the truth” in order to convince your opponent. It’s human nature. If you manage to convince enough people, then you will feel vindicated. You can’t help it; you’re human.

Go ahead, support whatever view takes your fancy: it’s a free world.

In my efforts to get published, I feel like I am slowly becoming part of a large corporation. This corporation has its own company culture which you need to become familiar with in order to move ahead. There is a certain manner of speaking, a way of talking about yourself. You need to be able to acquire friends and influence people. You need networking skills, good presentation; you need to be open and confident.

Some get promoted to the upper levels. The talented, that is. Do you too have talent? You won’t know yourself. There are talent spotters in the corporation. You can be lucky and run into one by the water cooler. Or you can try to get the attention of one – be assertive, but not too pushy.

Doing your job excellently can be enough to get promoted; it just takes years and years, or else a lot of luck.

After some time you want to get out. You feel you don’t understand the unwritten rules, you never will. You want to clear your head of the institutionalised thinking. Just why is someone universally lauded for talent when a couple of weeks before their work was universally ignored?

The corporation requires a particular kind of personality to succeed. You have to ask yourself: are you that type? You might instead be an individualist, a non-conformist – a creative type. 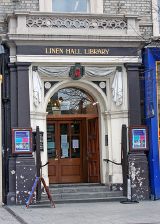 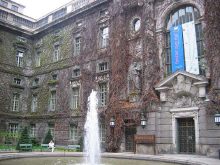