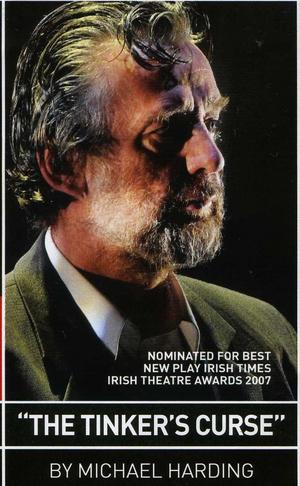 Integrity is the word that springs to mind after watching this play.

Michael presents the traveller Mikey on a visit to Croagh Patrick. He fumbles with his rosary beads and mass card, presses them into the hands of a member of the audience and tells her to mind that for a moment. His story is not a narrative, but is woven together from visionary moments, tales he has heard, and the occasional return to the present moment, there standing on Croagh Patrick.

This is not realism in the strict sense. It’s Mikey making sense of things. He shuffles about the stage, mixing memories, tales of ghostly horses and descriptions of a menacing band of travellers from somewhere up north: “You wouldn’t know where they were from,” he repeats. The threat from these mysterious strangers is more metaphysical than physical.

Michael plunges into the part with absolute authenticity. It’s not by chance he chose the name Mikey for his character. Michael has worked with travellers for years, knows their lore and their rhythms of speech. Rooted in close contact, authentic, faithful – yet charged with a vision that is needed to make sense of it all. This play will live for a long time.