My new story seems to occupy the same space as the music of north London musician Burial. His music went through my head as I wrote it. The story will appear some time next year in The Dublin Review.

The Prairie Schooner is America’s oldest literary magazine, the first issue being way back in 1917. In recent years they have had issues focussing on various regions and nations: a China issue, an Australia issue. So now it is Ireland’s turn. 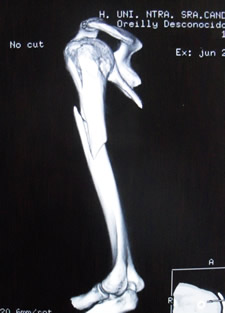 It happened on a beach in Tenerife. Beautiful Atlantic waves were rolling in onto the smooth strand. You dive with them in the surge of foam, for a few moments you are rushed along in white noise, then you find your feet. The trick is not to be in too close to the shore.

I don’t know what went wrong. I think I recall a sort of shelf in the sand, a natural step-like formation. Maybe this gave the wave added spin. And it was a very very big wave. I was at chest height, yet it was big enough to churn the water right down to the sand.

So I hit the sand, or maybe that shelf in the sand, and got up. I knew that something was wrong when I couldn’t find my arm.

The sea however can only break my bones.

The hospital in Santa Cruz was impressive – top quality equipment, good food, very clean. They took a sequence of CT scans. Oddy, there were very few staff anywhere able to speak English, considering it’s such a massive holiday destination. But several of the doctors could speak German. The doctor assigned to me said I would need an operation with 90% probability. But he said it could be several days before I could be scheduled.

We had little Spanish between us. The best course of action was to return to Ireland, the doctor agreed. He told us to wait as he made out a report. He came back with the report and the sheaf of CT scans, and told us we should fax the report ahead to our hospital back in Dublin.

Imagine that he – and we – were so naive.

It took my wife several hours to get through to a human at the Mater hospital who said there was no provision for faxing reports in advance, I was simply to turn up as soon as I arrived iin Ireland.

The flight was a bit of an ordeal. Airlines don’t allow a full sling, so I loosened it to give the impression I was at a more advanced stage of recovery.

We got to the Mater. I explained to the receptionist that I’d been in hospital in Tenerife and had decided to come back to come back to continue treatment here. She gave a little wry smile and told me to wait.

My hell at the Mater

So I waited and waited in that dingy, depressing A&E section. I have to admist, a lot of the dismal atmosphere is due to the type of people who are waiting there. Obvious heroin addicts and homeless people. Some of them frankly smelly. One hard man surrpetitiously drinking a can of cider. The only two or three who – say – would have been allowed pass through the doors of The Porterhouse pub were foreigners.

After about six hours I was brought into the inner waiting room and a doctor took blood samples etc. I tried to interest him in the CT scans, but he said to keep them to show them to the orthopaedic surgeon later. Then I waited another 2 hours. Then I had an x-ray and again waited.

Finally the (general) doctor who had first seen me called me and said the consultants had view my x-rays and I didn’t need an operation. I was to turn up at the fracture clinic on Thursday. (This was Monday.)

I had a growing awareness through the preceeding eight hours that by the time doctors encountered a patient here, that patient would be suffering from sleep-deprivation, hungry, angry and resentful. Couple that with the fact that more than half – to judge by appearances – would be likely to have a problem with authority or would be used to better standards back in Eastern Europe. Doctors here would be constantly on the defensive, listening to outpurings of dissatisfaction. And I too at this stage – in a T-shirt with the side cut off, not having slept in 36 hours – I felt robbed of dignity. I felt it entirely possible that if I spoke no-one would listen to see if I was making sense. I felt as though I might be brushed aside condescendingly.

I explained that the doctors in Santa Cruz had gone to a lot of trouble to take the CT scans on very expensive machinery. “Do you not think the doctors here should take a look at them?” I said.

The doctor wasn’t condescending at all – in fact he was very helpful. He made a few phone calls to insist that the CT scans be viewed. But the orthopaedic consultant who had viewed my x-rays had now gone into surgery – I would have to wait another two hours.

At last he came down and met me. He explained how it was that decisions on surgery were never easy and why he disagreed with the Spanish consultant. I was tired and confused at this stage, not rightly sure if he had seen the CT scans or the Spanish doctor’s report. I had the scans in my hand at that moment, but they had been out of my hands for some time. So I asked him if he had viewed them. Turned out he hadn’t. He took them off me and I felt a great sense of “mission accomplished”. There were 8 sheets of scans. Even to my untrained eye the level of detail is way beyond an x-ray.

It’s 10th birthday issue looked back on its history:

the Schooner was not published for money’s sake, paid nothing for contributions, and sought to print the work of new writers not yet accepted by the wealthy, policy-bound periodicals. Unlike most little magazines, the Schooner has been long-lived. . . and it has published the early work of more than twenty writers whose subsequent appearances in print have brought them general recognition

A special issue on contemporary Irish writers, edited by Stephen Behrendt, is coming out in December. I’m thrilled to have a short story in it. Other writers with fiction in it include Nuala Ní Chonchúir, William Wall and Thomas Lynch has a one-act play in it. There are also more than twenty poets represented – they include Theo Dorgan, Colm Breathnach, Mary O’Donnell and lots of familiar and unfamiliar names.

It’s fantastic to see such an anthology coming from across the Atlantic.